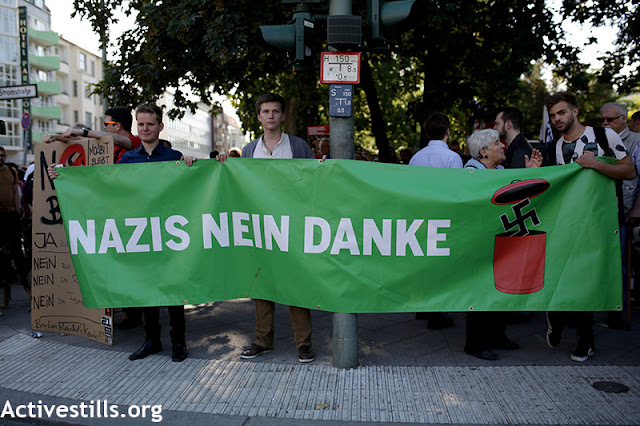 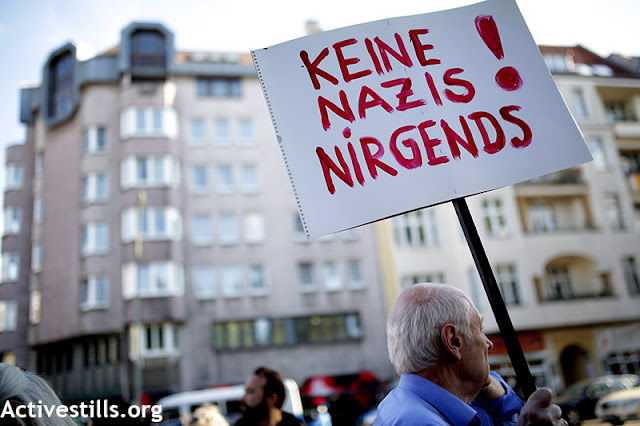 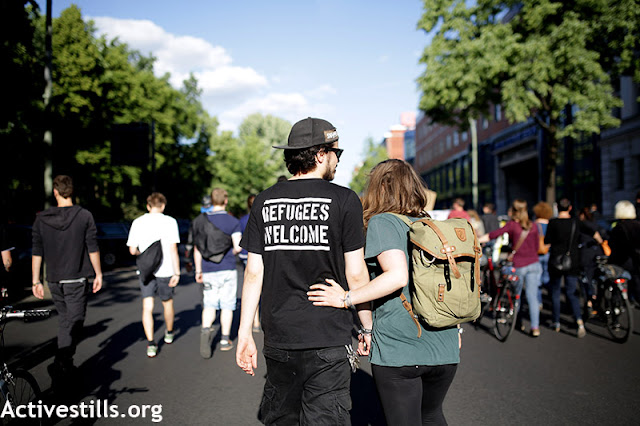 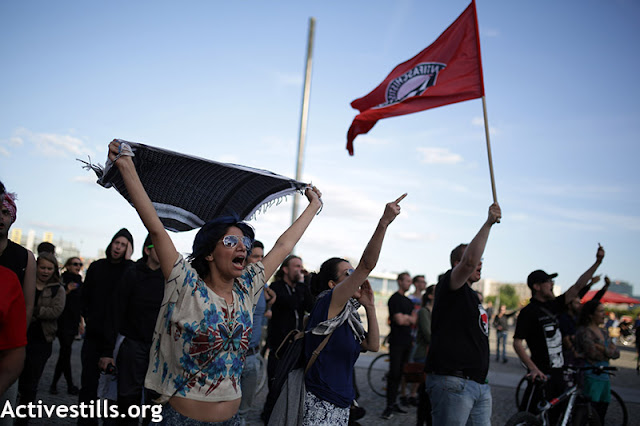 Photos above: counter-demonstration against the march of the extremist  Bärgida (a group that is based on xenophobia and islamophobia, and includes some nazis supporters). Bargida wanted to march through Moabit, a multi-cultural quarter in Berlin. They were prevented by the activists. 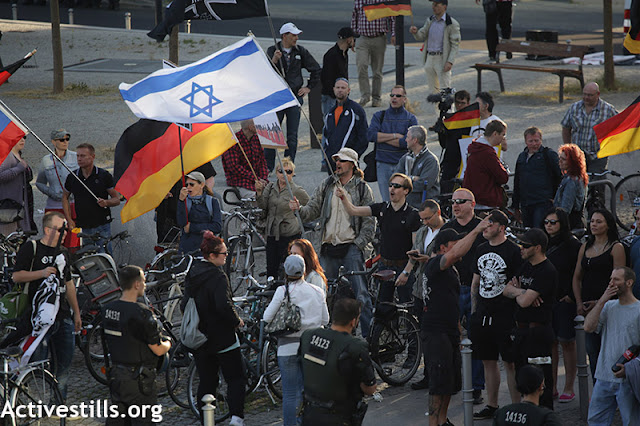 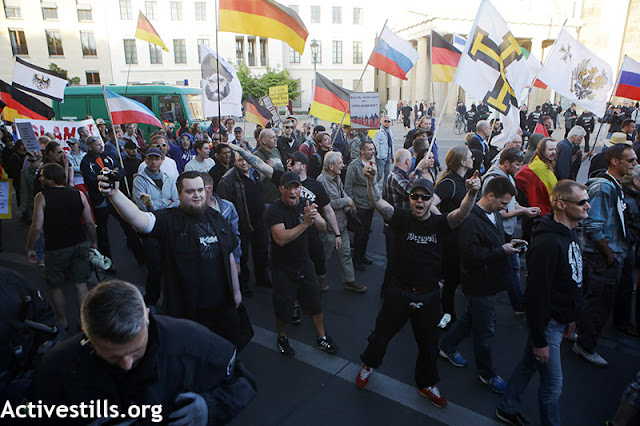 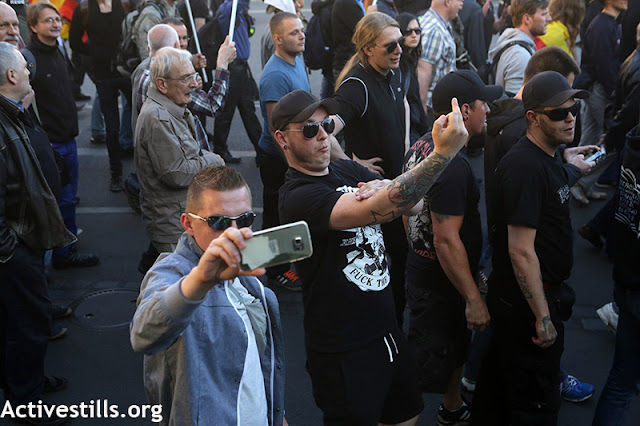 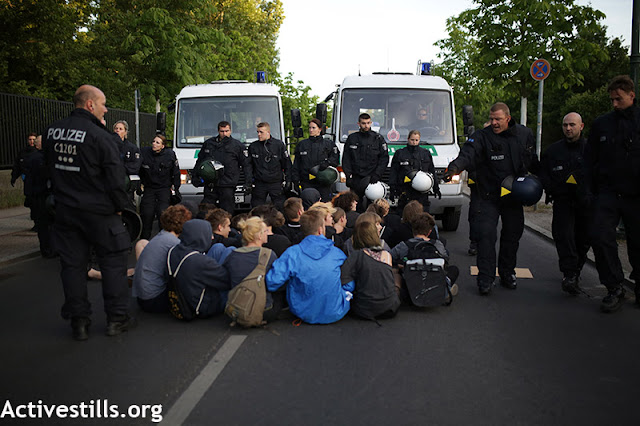 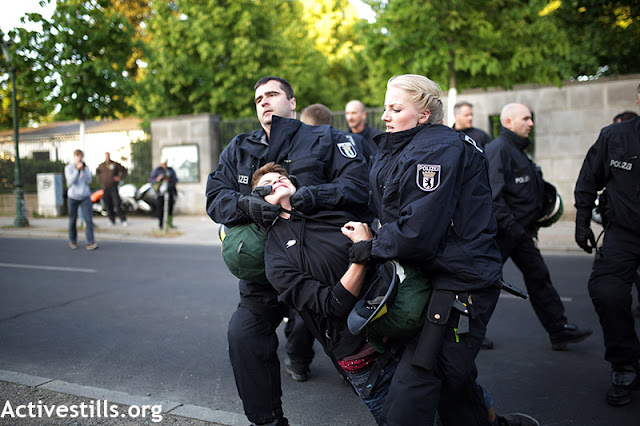 Photos above: Left-wing activists blocked the street to stop the march by far-right extremists..They were violently pulled away by the German police 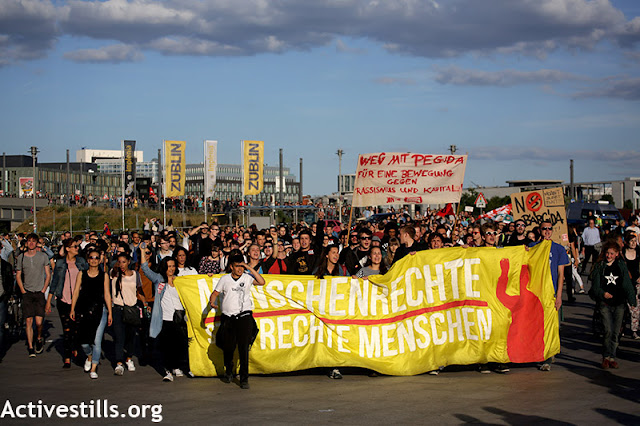 At the end the activists protesting the racist march, were far more numerous. The Bargida supporters were only around 100.