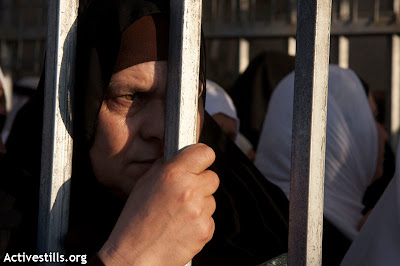 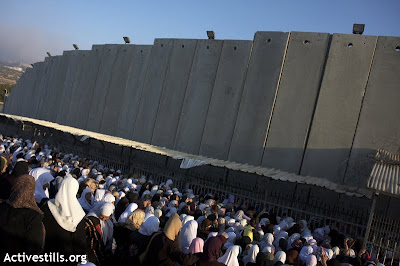 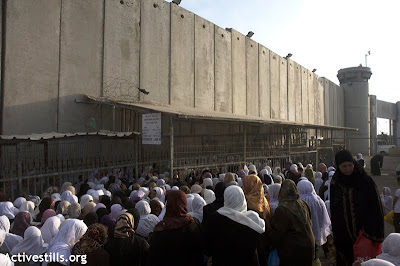 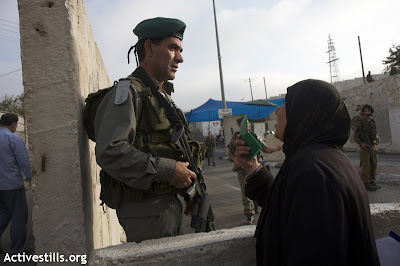 Jerusalem – Ma’an – Israel deployed a heavy police presence around the Old City of Jerusalem as tens of thousands of Palestinians headed to the city for noon prayers on the second Friday of the Muslim holy month of Ramadan.

Armed police and border guards were seen in each street leading to the gates of the Old City.

Most of the worshipers were elderly men and women, since Israeli restrictions prohibit men under the age of 50 and women under 45 from entering the city and praying at the mosque.

Nonetheless the surge of Muslim worshippers trying to access the holy city from West Bank access points caused havoc at the few points where West Bank residents can enter Jerusalem.

At dawn Palestinians from across the southern West Bank jammed into the concrete and barbed wire terminals at Bethlehem and Qalandiya, tangling traffic in area. Passage into Jerusalem slowed to a crawl as Israeli soldiers intensively checked each person’s ID card and passed their possessions through metal detectors.

Last Friday the Waqf, the Islamic endowment, estimated that 170,000 people prayed at the Al-Aqsa compound. Israeli police put the figure at 90,000.

Muslims worldwide are ending the second week of Ramadan, a month of dawn-to-dusk fasting and prayer.