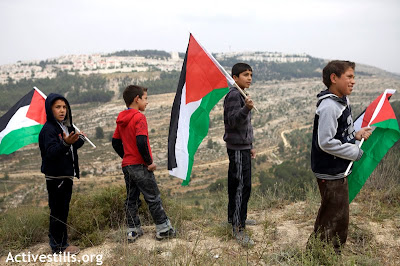 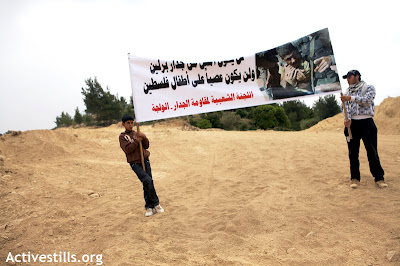 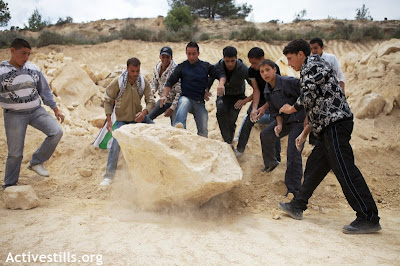 report by AATW:
On Friday, the 30th of May, at around 13:00, aprox. 60 Palestinians, Israelis and internationals gathered in the village of al-Walaja for the demo against the apartheid wall, which is being built there these days while confiscating much of the village's lands, surrounding and excluding it from its connection with Jerusalem. The demo began with a march along the bulldozed roads of the village. While walking, some of the demonstrators took direct action and rolled big rocks back on the road where the wall is planned to be built. After the walk speeches were made, both by locals and supporters from the village of al-Ma'asara. Police was only overseeing the protest from afar.

Email ThisBlogThis!Share to TwitterShare to FacebookShare to Pinterest
Labels: "al-walaja", demonstration against the wall