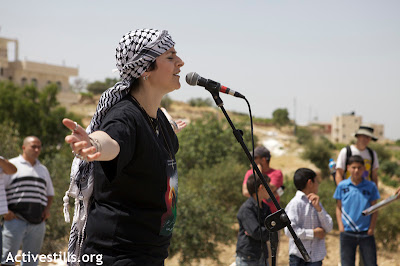 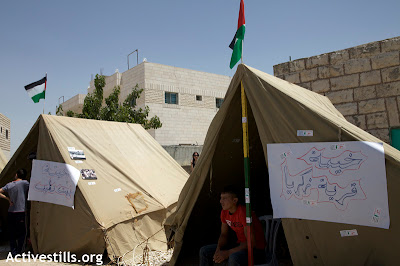 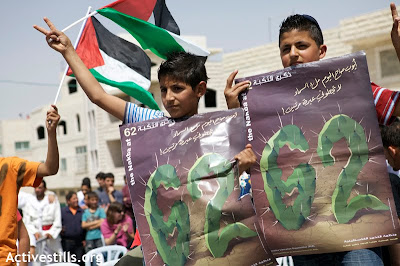 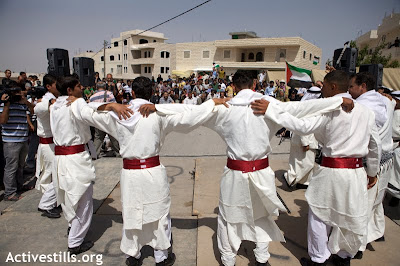 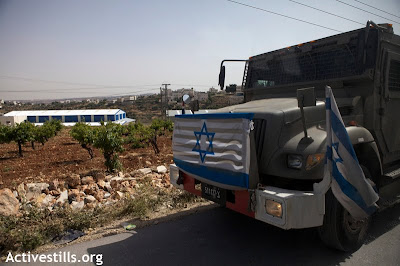 Marking The 62 anniversary Of The Nakba

Ghassan Bannoura - PNN- At least around 150 villagers along with Israelis and Palestinians gathered on Friday in the village of Al Ma’ssara, southern West Bank and protest the Israel wall.

ImageAl Ma’ssara village conducts weekly protests aginst the wall for the past three years. Today the protest was a activity marking the 62 anniversary of the Palestinian Nakba the day Israeli was created and Palestinians lost their lands.

Villagers constructed a stage at the village entrance were troops stop them every Friday and do not allow them to go to the wall being built on villagers lands.

Reem Banna, a Palestinian political singer, preformed some of her songs then Dabka bands and speeches were delivered by officials and organizers.

At the end of the activity Israeli troops tried to provoke children who hurled some stones at them. Troops left after some time, without any further clashes.

Email ThisBlogThis!Share to TwitterShare to FacebookShare to Pinterest
Labels: "al ma'sara", demonstration against the wall, nakba