Two other families at risk of being expelled in Sheikh Jarrah / Deux nouvelles familles menacees d'expulsion a Sheikh Jarrah, 28.05.2010 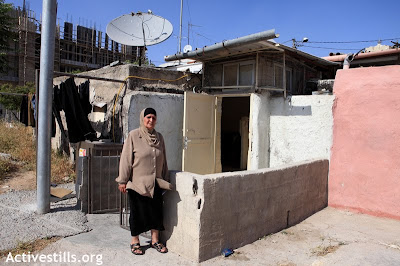 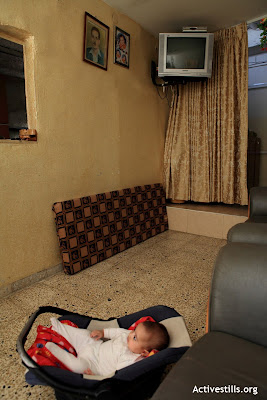 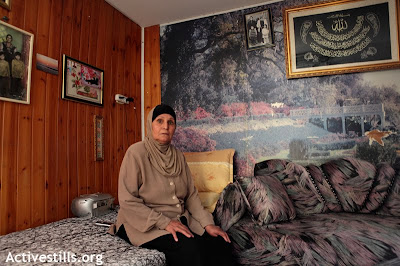 As Prime Minister Benjamin Netanyahu heads to Washington in a much-feted effort to restore damaged ties with the United States, new tensions in East Jerusalem threaten to rekindle a diplomatic row over Jewish building beyond the Green Line in the city.
On Saturday lawyers served eviction notices to two Palestinian families in the Sheikh Jarrah neighborhood, a focus of clashes between Arab residents and settlers.
The families were ordered to vacate their properties within 45 days.
Netanyahu will meet U.S. President Barack Obama on Tuesday in what observers predict will be extremely cordial circumstances – a marked contrast with the Israeli leader's previous visit to the White House in March, when he was denied a joint photo-call with his American counterpart.
Then, Washington's frosty hospitality was part of the fallout from a diplomatic spat that erupted after Israel angered its close ally with the announcement during a visit by U.S. Vice President Joe Biden of plans to build 1,500 Jewish homes in Ramat Shlomo neighborhood of East Jerusalem. Israel has since soothed Washington's ire by promising not to repeat the debacle.
Saturday's eviction orders, unlike the Ramat Shlomo announcement, did not come directly from the government. But while the latest incident may not on the same scale of the last,  it may well cause Netanyahu discomfort as he seeks to assure Obama of his commitment to recently restarted peace talks with the Palestinians.
"The danger is that whether intentionally or in error, the government is aiding the transfer of assets to extremist settlers who want to create provocations in Jerusalem and frustrate any possibility of a two-state solution [two the Israeli-Palestinian conflict," Hagit Ofran of the Peace Now movement told Haaretz.
Saturday's notices threatened owners of the two properties with legal action and fines.
"Failure to comply [with the order] will force my client to act against you with all means available according to the law [...] in such a way as may cause distress, anxiety and large and unnecessary expense," the notices said.
The lawyer who served the order, Anat Paz of law firm Eitan Gabay, informed the families they would be liable to a fine of NIS 350 for each day the remained in their homes beyond the eviction deadline.
Each family was also ordered to pay  NIS 12,000 per year for each of the last seven years. The notices did not reveal names of the claimants to the properties.
On Friday, recipients of the eviction notices approached left-wing activists demonstrating in Sheikh Jarrah to ask for help in fighting the orders.
"I was born in that house," said Karim Siyam, 37, who shares one of the disputed properties, a tiny two-bedroom home, with his mother, wife and two children.
"Since we received the letter we've been terrified. We're scared that any day they'll come and throw us out. In the end that's what will happen. It all depends on who the judge is."
The second house to receive a notice is home to the Kanabi family – parents, four children and their grandmother.
Over the past few months, the eastern part Sheikh Jarrah has been the center of a high-profile battle between settlers and three Palestinian families over 28 disputed houses. But Saturday's notices were for houses in the western half of the neighborhood, marking a broadening of the battleground.
Some eight months ago, Bayit Ehad, a charity organization run by settlers, took over a single house in western Sheikh Jarrah, were it has since carried out improvement work. The latest notices were for adjoining properties either side of that house.
All three houses are believed to have been in Jewish hands before fighting during Israel's independence war in 1948. After the war, the east of the city fell into Jordanian hands.
When Israel conquered East Jerusalem in 1967, the house passed to control of the Custodian General, a government official. They were later purchased by Irwin Moskovitz, an American businessman and a patron of the settler movement.