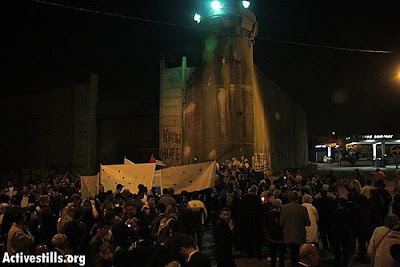 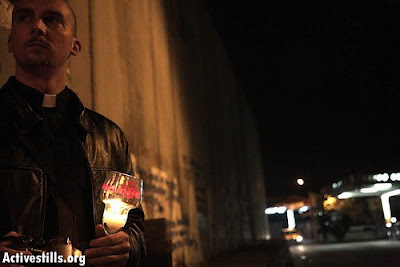 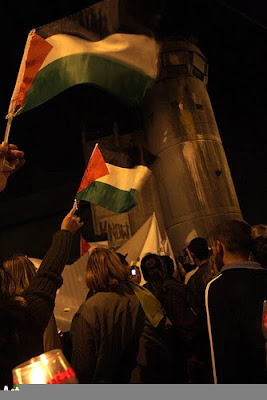 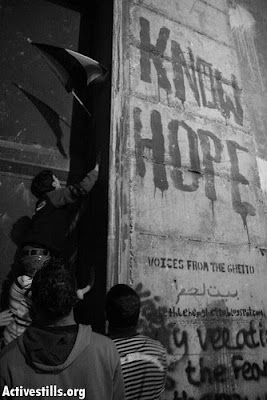 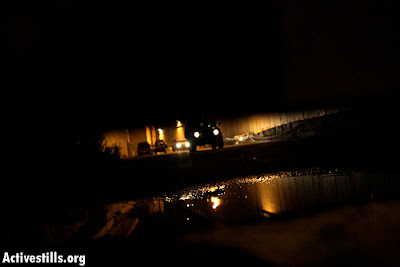 About 400 protestors marched on the 30/10/2008 in the city of Bethlehem, towards the Wall near Rachel's Tomb, calling to “remove the walls from Palestinian land, from our minds and from our hearts”. 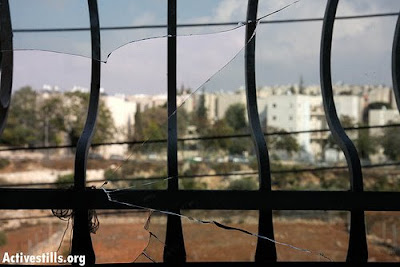 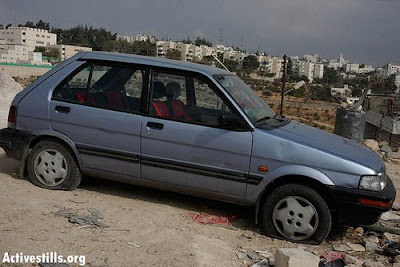 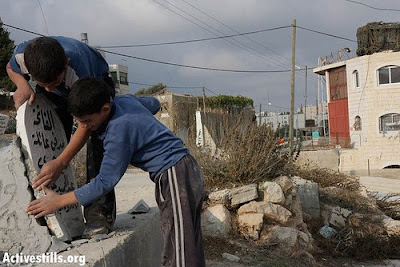 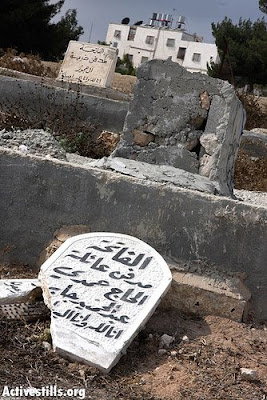 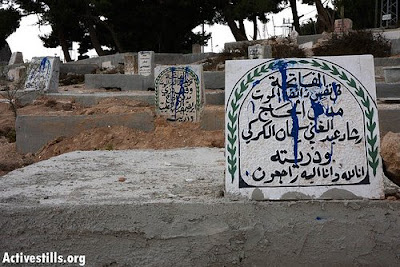 During the night of 25th of November 2008, a group of settlers from Kyriat Arba vandalized around 15 graves in the Muslim cemetery of Ar-Ras. They also damaged more than 20 cars by using knives to burst the tires. In addition the house of the Ja'bari family was attacked, causing damages to windows. The settlers announced that this is the price for the evacuation of their outpost by the Israeli army, the night before. The Palestinians of the area gathered at the cemetery the following day to try to repair the damaged graves. 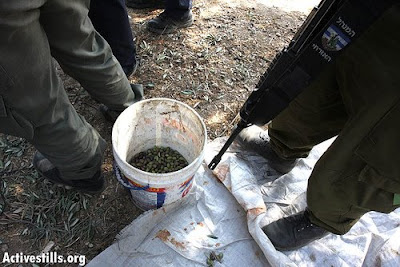 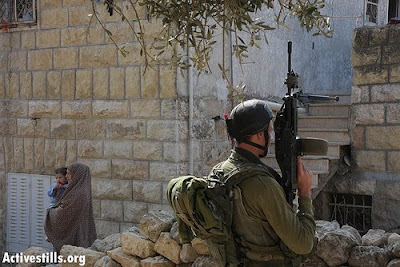 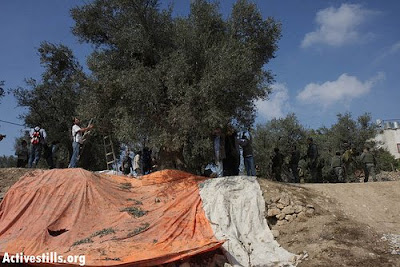 Internationals were prevented to help Palestinian families to pick up olive trees in their fields located close to Tel Rumeida settlements. The Israeli military declared the area as a closed military zone. Some settlers gathered in the area. In the last weeks there had been constant attacks from settlers against Palestinians and internationals harvesting olive trees. 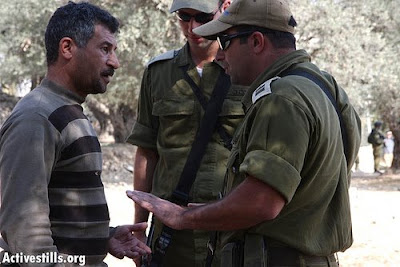 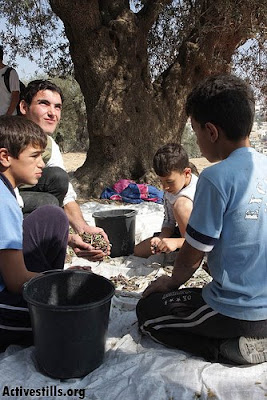 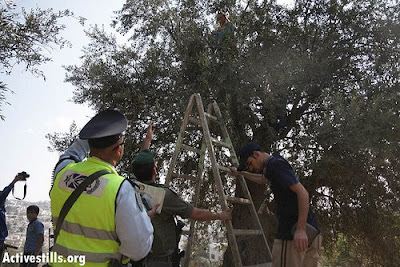 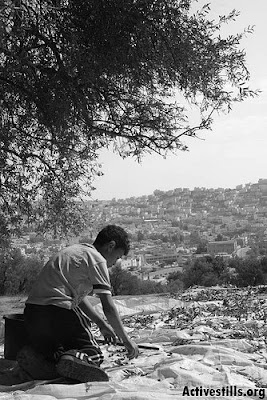 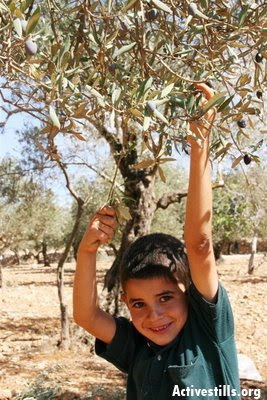 Khalid Mansour, a local activist against the wall and settlements and head of field operations in the Palestinian Agricultural Relief, said that efforts were being conducted to organize a campaign that includes large number of volunteers. This will include internationals and several institutions in order to help the villagers pick their olive trees and provide them with the needed tools such as ladders and blankets to be placed under the trees, boxes and other tools.
category west bank | israeli settlement | news report author email saed at imemc dot org
IMEMC NEWS http://www.imemc.org
No comments: 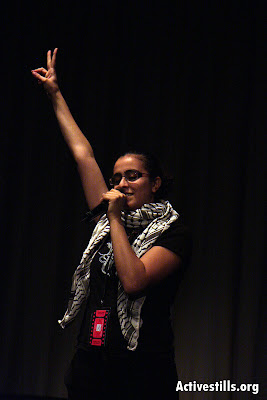 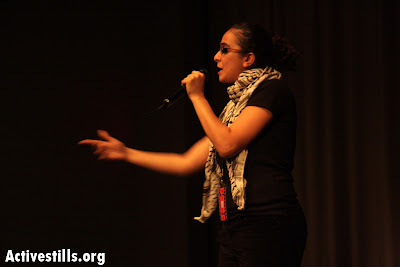 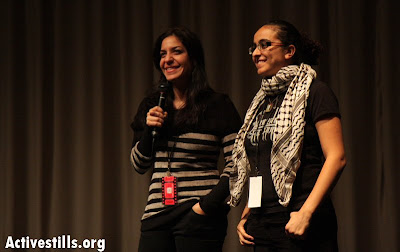 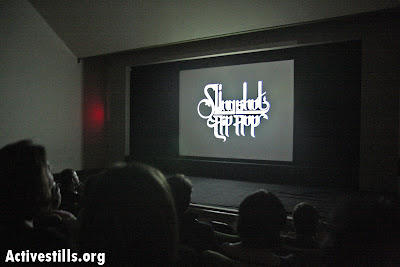 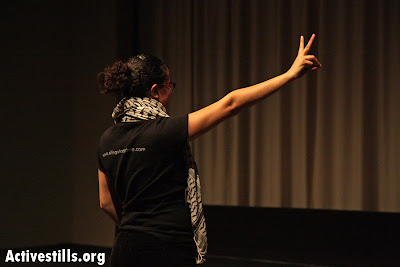 
The Boston Palestine Film festival is buzzing and has a great start with the screening of a great documentary on the emerging hip hop scene in Palestine.
It took 5 years to the director Jacky Saloum to finish it without any established funding. It is really worth seeing and now the documentary is being shown around in many festivals. dont miss it if you have the chance to see it!
The documentary also shed might on amazing artists such as DAM and Sabreena the witch (Abeer). Abeer had to struggle to get on stage and sing, despite the resentment of many members of her own community. She sings very courageous lyrics which are truly inspiring for women who often suffer from oppression from many ways. Abeer has just put together a CD which is fantastic. She is now in the US and continues to develop herself as an artist.
You can listen to some of her songs on her myspace :
www.myspace.com/sdawitch
qnd check the website of the documentary on:
www.slingshothiphop.com