impressive video of a demonstration in gaza in the buffer zone...these demonstrations are happening everyweek and do not get a lor of media coverage. Having been to this place, and having met these people, I cannot say enough how much I respect and admire them. They are doing tremendous job and stand up with courage against faceless oppression. The Israeli shoot and we do not even see them.
No comments: 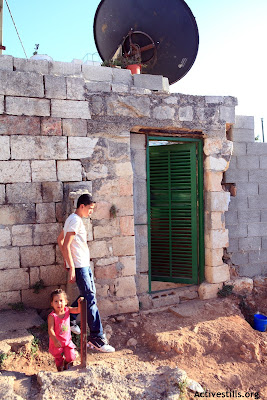 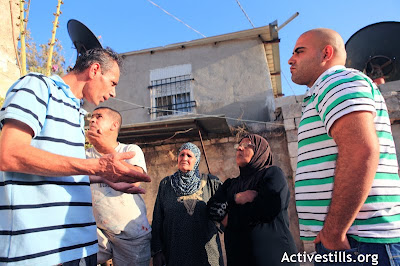 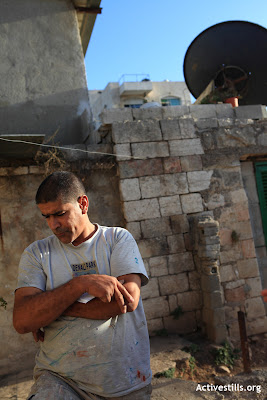 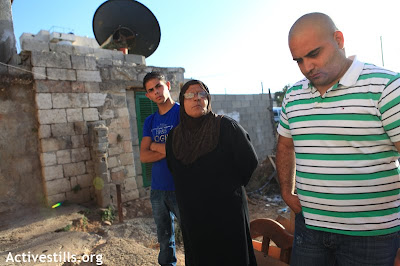 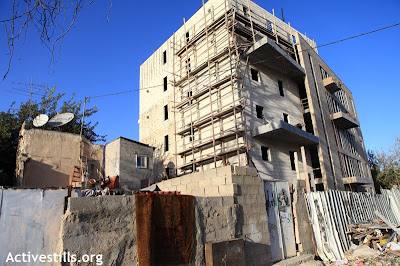 
So I am back...I know I have not posted much lately...lets say that I took some time off, sometimes you need in this place. Besides, there is a whole personnal life going on besides photography.

anyway...It is always a bit stressful to come back. We go away and for seconds dream that all will dramatically change for the good, but we know very well that miracles are not for today, You breathe, and forget a bit, and then the reality hits you hard in the face. I know that the landscapes, even after 10 days will be different.
Just after a few days in Bethlehem I went to Jerusalem and headed to Sheikh Jarrah. I heard that four more families are in direct threat of being expelled. 45 days again they received a letter from a lawyer representing some settlers'organization, telling them that they have 45 days to leave. The deadline finishes today. The families were extremely worried, not knowing what tomorrow will bring and if they will have a roof over their head the next day. I cannot imagine what feelings they are going through, knowing that most of them live in the area for the last four decades.
The last picture is of one of the new building for settlers. Slowly but surely, they attempt to clear up the area from Palestinians, just in front of our eyes.

Just imagine the media fuss if this happens for example in France- refusing a Peace Nobel Prize to enter the country...that will be a big media fuss, an uproar...but if this is Israel...well everyone just shuts up.


Mairead Maguire has been barred from entering Israel as a result of her participation in the Rachel Corrie Gaza-bound aid ship in June.
By Jack Khoury Tags: Israel news Gaza flotilla

Irish Nobel Peace Prize laureate Mairead Maguire refused to board a U.K.-bound flight on Tuesday after being barred by security from entering Israel.

Maguire's entry was barred due to her participation in an attempt to violate Israel's naval blockade on the Gaza Strip aboard the aid ship Rachel Corrie in June. The vessel was intercepted and boarded by the Israeli Navy and led to Ashdod harbor, with Maguire being deported from Israel, along with the ship's other passengers.

Prior to her deportation, Maguire signed a document stating she would refrain from entering Israel again.

Israeli authorities prevented the Irish Nobel laureate from entering the country upon her arrival at Ben-Gurion International Airport on Tuesday, proceeding to escort Maguire to a U.K.-bound flight.

However, Maguire resisted her deportation, causing a scene and refusing to board the flight. The flight's captain then declared he would allow her to board the plane, finally bringing security Israeli authorities to decide that the Nobel laureate would remain in the country until the following day.

On Wednesday the British embassy is expected to send a delegate to escort Maguire to the United Kingdom.

Maguire won the 1976 peace prize for her work with Catholics and Protestants in Northern Ireland.
No comments: