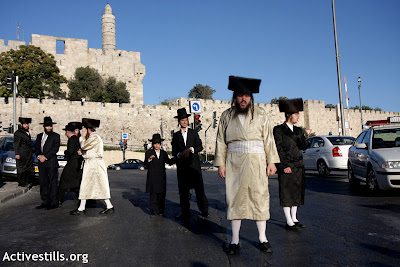 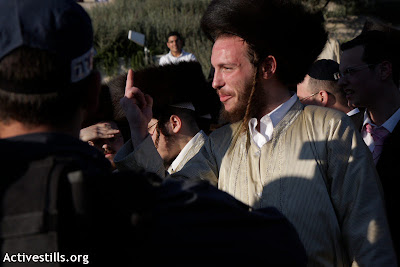 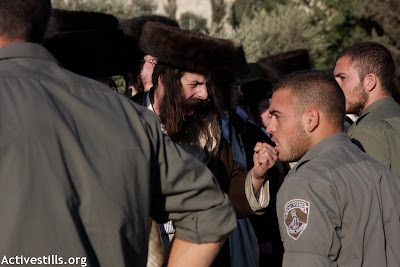 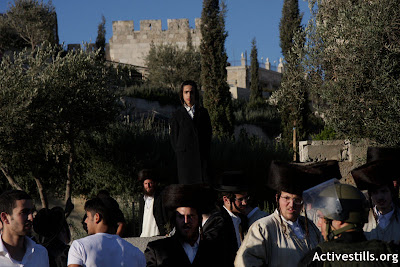 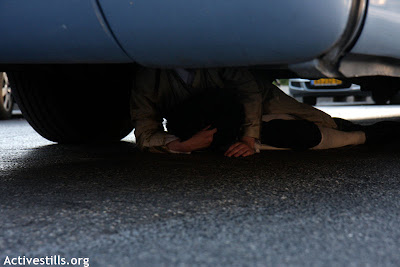 Hundreds of ultra-Orthodox Jews clashed with police in Jerusalem on Saturday during the latest Haredi demonstration against the Shabbat opening of the Carta parking garage in the capital.

The clash took place in the Haredi neighborhood of Mea Shearim, where police had been deployed to maintain order.

The incident began when hundreds of Haredim gathered Saturday afternoon at the intersection of Shivtei Yisrael and Hanevi'im street, where they demonstrated in front of police who arrived at the scene.
Advertisement

The demonstration turned violent when a number of the protestors hurled stones at policemen and tried to break through police barriers.

Several dozen demonstrators also reached the parking lot, near Jerusalem's Old City, where one protester crawled under the wheels of a bus as it waited to enter. Police dragged out the man, who lay on his back, clutching his festive fur hat to his chest.

Police spokesman Shmuel Ben-Ruby said he was taken away for questioning.

Several other demonstrators lay down in the street near the lot, trying to block cars from entering. Police seized them by their arms and legs to drag them away.

No one was reported to have been wounded.

Saturday was the third Shabbat in a row that the garage was open by orders of the Jerusalem Municipality to accommodate visitors to the Old City.

Although most senior ultra-Orthodox rabbis and newspapers have abandoned the issue, the extreme Edah Haredit is advocating continued protests, which police do not expect to get out of control.