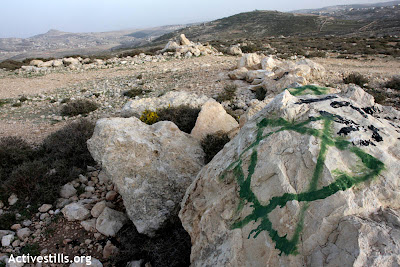 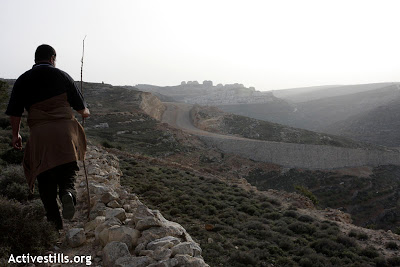 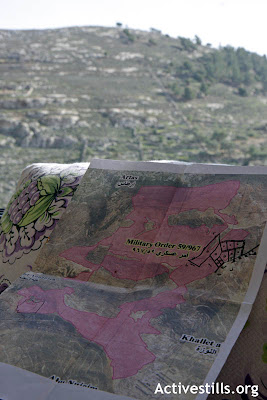 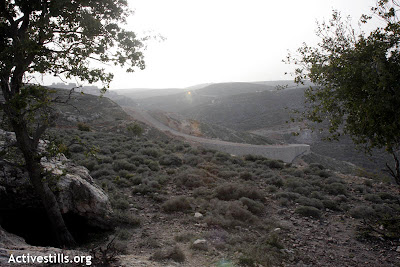 Artas to Experience “Another Nakba” if Expansion of Efrat Settlement Allowed

Ma’an – An Israeli military tribunal has issued a decision that could pave the way for the expansion of the West Bank settlement of Efrat without informing a group of Palestinians who were petitioning to save their land.

In the ruling, a court in the settlement of Ofer rejected eight separate petitions, each representing dozens of Palestinians. The petitioners had objected to a 2004 declaration by the Israeli Civil Administration to designating some 1,700 dunums (1.7 square kilometers) of land north of Efrat “state land.”

The land at stake belongs to the Palestinian village of Artas, on the southern outskirts of Bethlehem. A catholic monastery is located just to the north of the land slated for confiscation.

If the Israeli Defense Ministry approves it, the seizure of this land could result in a massive expansion of the settlement. By comparison, the village of Artas itself is only 13,500 dunams.

The ruling was first reported on 17 February by the Israeli newspaper Haaretz. Following up on this report, Ma’an found that neither the petitioners, their lawyer, nor local authorities in Artas had received any notification of the decision.

“We’re still awaiting a decision to this minute,” said Sami Khoury, the lawyer representing the landowners in the case, speaking on Wednesday afternoon.

“This is a very serious matter,” said Khoury, speculating that Israeli authorities “did it on purpose” so that the land could be seized without protest or legal opposition. He said he and his clients would appeal the case to the Supreme Court and demand an investigation of the failure to notify.

Khoury said that only on Wednesday had he received confirmation of the decision to dismiss the eight objections. He said obtained this information private lawyer in Tel Aviv representing the Israeli government. The government’s lawyer said he had received a letter in October 2008, referring to a decision rendered on 4 September.

A spokesperson for Israel’s Civil Administration, Miki Galin, confirmed that the eight appeals had been declined, but claimed that the Palestinian petitioners had been informed. A ninth objection was reportedly granted.

One of the landowners in Artas, Abu Kamal, said that he had no notification of any decision regarding his appeal. He said he works on his land frequently and sees Israeli military jeeps there.

The head of the Municipal Council in Artas, Hamdi Ayesh, also said that he had received no word of any ruling regarding the land.

“Artas will have a new Nakba [disaster] if this ruling is implemented,” said Ayesh, using the term Palestinians use to describe the mass expulsions of 1948. He pointed out that if Efrat is expanded, the settlement will encroach on the town itself.

The Israeli settlers, meanwhile, are making no secret of their intention to seize the land on the south side of Artas. Efrat Mayor Oded Revivi was quoted by the Associated Press earlier this month saying he envisions the settlement growing from 9,000 to 30,000 residents. He hopes to build 2,500 new homes on the land at stake in the military court proceedings.

Sami Khoury, the lawyer for the Palestinians, said that the settlers had mentioned these plans in court, presenting documents from the 1970s showing the intention to build at least 1,500 homes on the land. The land, called Givat HaEitam by the settlers, is already within the settlement’s self-declared jurisdiction. In the summer of 2007, settlers held demonstrations on the land, calling for it to be included on the western side of Israel’s separation wall. The original planned route of the wall would have placed the area on the eastern side.

According to the Haaretz report, Eftat plans to wait until the new Israeli government assumes power before seeking approval from the ministries of Housing and Defense to build on the land. The settlers see the right-wing’s victory in the elections as a sign that the new government will be more sympathetic to their claims.

Hamdi Ayesh, the head of the local council in Artas, is also aware of this political situation. He said he is “not optimistic” about the coming Israeli government. He noted that when Israeli Prime Minister-designate Benjamin Netanyahu was responsible during his last term as prime minister in the late 1990s, he designated a hilltop north of Bethlehem “state land,” and then approved construction there. The hilltop is known to Palestinians as Abu Ghneim, and is now the location of the settlement of Har Homa.

PSP Note: Artas was the site of weekly demonstrations for several months when part of their agricultural land was bulldozed and confiscated by the Israeli military to make room for a sewage treatment system built for the Efrat settlement in 2007.