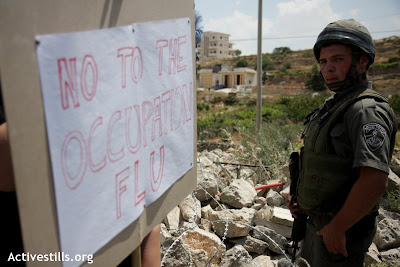 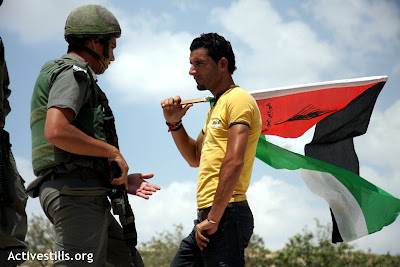 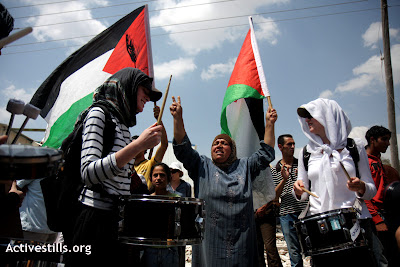 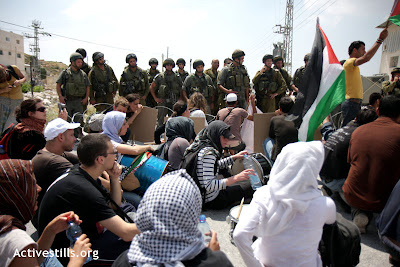 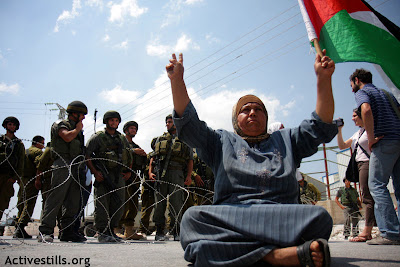 Some 100 people protested in al-Ma’sara on Friday against the construction of the Wall on their lands and demanded the release of the activists from the village popular committee still held in Occupation jails. The Ma’sara demonstrations have inspired similar actions in the nearby village of Artas, where villagers planted trees this week in defiance of confiscation orders.

Around 50 villagers, supported by dozens of Israeli and international activists, participated in the weekly march against the Apartheid Wall, organized by the Al-Ma'sara Popular Committee Against the Wall and Settlements.

The march started after the midday prayer in al-Ma'sara and moved towards the land that will be affected by the construction of the Wall. Protestors were halted by razor wire laid out by the Occupation forces at the exit road of the village and blocked from crossing the settlers' road, which separates the villages from their land where the Wall is going to be built.

The protestors sat down in front of the razor wire and the military and chanted, accompanied by drums and percussion instruments. Speeches against the Apartheid Wall and the settlements where made. The speakers called for the release of Hassan Brajiya and Mohammad Brajiya, both members of the Al-Ma’sara Popular Committee arrested on the May 1st demonstration. They are being held, still without charges, with the explicit aim of discouraging further protests. The trials of the two have been once again postponed until Tuesday.

Mahmoud Zawahreh, head of the al-Mas'ara Popular Committee, emphasized that "despite the Israeli violence shown during the last protests, we will keep demonstrating until the rights of the Palestinian people will be fully recognized."

The ongoing popular resistance in Al-Ma’sara is inspiring momentum for the entire district and people have started organizing weekly events and protests in Artas village, southwest of Bethlehem. This week, and in defiance of impending confiscation orders, the people in the village organized the planting of trees to cultivate land that is to be taken by the Wall. Land reclamation and planting of trees reaffirm the Palestinian claim to their land and can in certain cases delay or complicate confiscation.