Action against uprooting of trees and building of the Wall in Beit Jala / Action contre la construction du Mur a Beit Jala, 07.03.2010 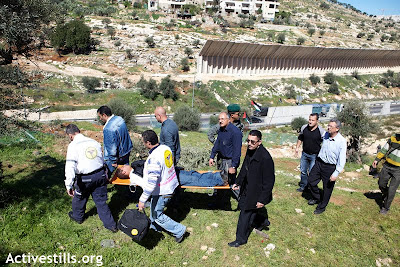 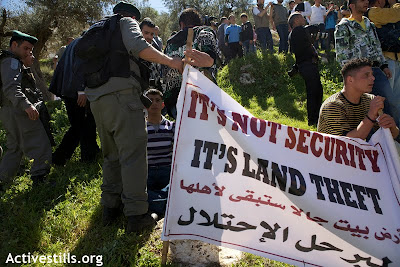 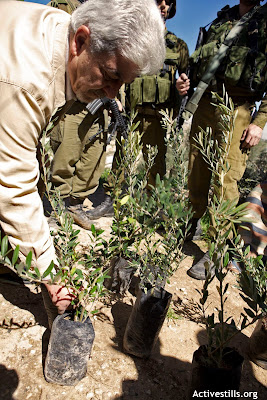 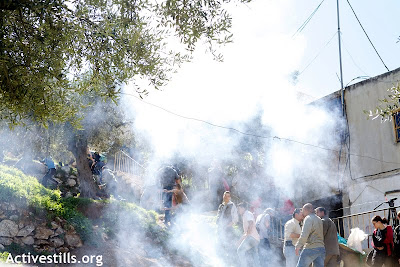 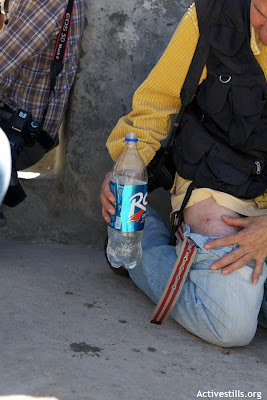 [MaanImages]
Bethlehem – Ma'an – Three journalists and several demonstrators were injured by Israeli forces at a protest against Israel’s construction of the separation wall in the town of Beit Jala, north of Bethlehem, on Sunday.

Some 200 local protestors attended the rally, with residents attempting to plant 30 olive tree seedlings on land overturned by Israeli bulldozers. They were prevented by Israeli soldiers and border guards deployed in the area. Clashes ensued when young Palestinian men began hurling stones toward Israeli forces, who responded by firing rubber-coated bullets and tear-gas canisters.

The march began from the city center on the road toward the Cremisan monestary, where Israeli bulldozers began overturning land to make way for the separation wall. Palestinian Legislative Council members Mustafa Barghouthi and Fayez As-Saqa joined the protest, as well as members of the Beit Jala Municipal Council, Nader Abu Amsha and Lamia Al-Arja, and a number of international and local peace activists.

Israeli forces arrested Marwan Fararjeh, a member of the local popular committee, for participating in the rally. Marwan Sha'ban was detained and released shortly after.

An Israeli court issued a stop-order on the wall's construction four days prior, after a petition was filed by Ghayyath Nasser, which stated that the digging undertaken by Israeli forces was illegal, having begun immediately following a land confiscation order without giving land-owners the stipulated 45 days to challenge the decision.

The injured included Mahmoud Ayyad, 16, from Deheisha refugee camp, who was shot in the back with a rubber-coated metal bullet.