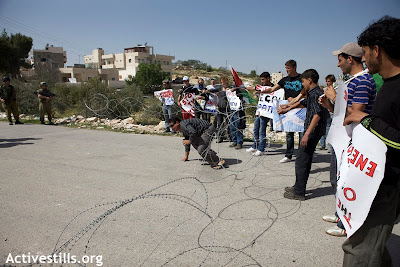 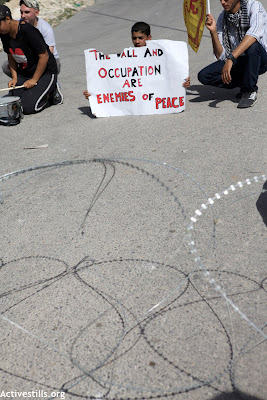 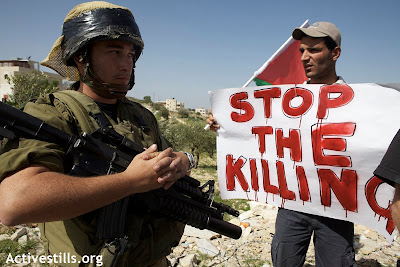 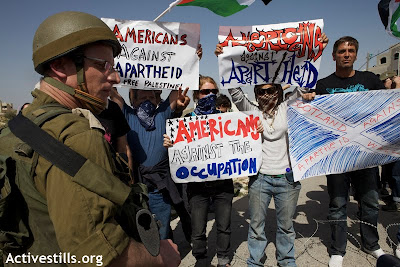 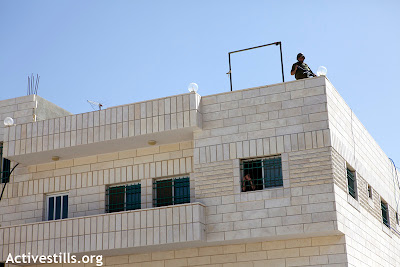 A smaller than usual weekly demonstration in Ma'asara, no more than fifty people strong (of different nationalities), was met after marching in the heavy heat through the village streets by a larger than usual combined army and border police force. Soldiers set up near the first houses of the village, deeper than ever before, and prevented the demonstration from proceeding towards the village lands.

After giving speeches in Arabic, English and Hebrew, a small group of demonstrators went through the barbed wire set on the road, and was pushed by the soldiers who also threatened activists will be arrested as the area is a closed military zone. Demonstrators on both sides sat on the ground, beat drums, sang songs, and called upon the soldiers to abandon the oppression of the popular struggle and join it in stead. The soldiers, already with stun and tear gas grenades at hand, were somewhat taken aback faced with this act of non-violent resistance and the many cameras documenting all over the place. And so, with nobody arrested and no attack on the demonstrators, activists eventually decided to leave willingly and escape the burning sun, promising to return next week as well.