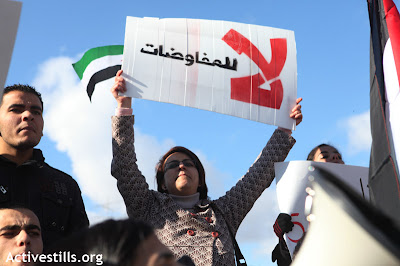 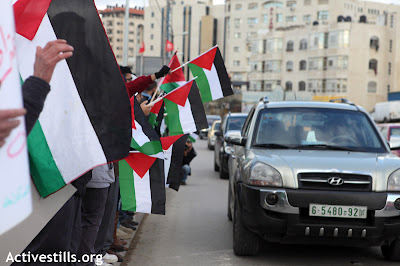 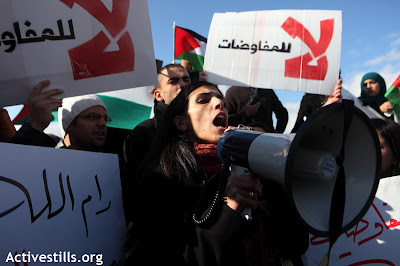 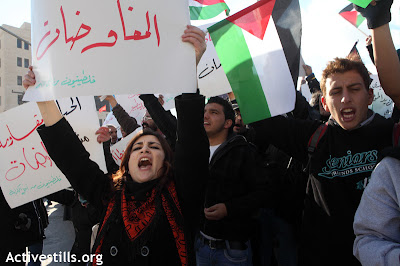 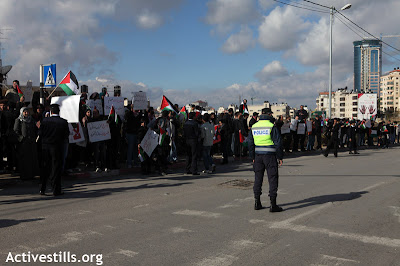 In a blatant demonstration of the Palestinian Authority’s colossal gap between the interests of itself and the people it claims to represent, unelected chief negotiator Saeb Erekat will meet up with his Israeli counterpart Yitzhak Molcho for the fourth round of talks in Amman, Jordan on January 25th. The announcement came barely a day after Palestinians protested against the farcical negotiations in front of the PA compound of al-Muqata’a in Ramallah.

Nevertheless, the group Palestinians With Dignity have been quick to issue another statement out, calling for another protest this Saturday the 21st. It is clear that these protests are not reactionary, and will continue until all negotiations between the occupied and the occupier cease once and for all. Last week saw the arrest of a young man who participated in the protest by the PA security forces. He was attacked and interrogated before being released.

In a true and classical behavior that characterizes Arab repressive governments who are merely puppets of western interests, will violence against protesters by the PA escalate?

Below is the statement [emphasis not mine], with a link to a petition against negotiations at the bottom:

Last Saturday 14th of January, we stood in silence in front of the Presidential Compound (Muqata’a) in Ramallah demanding the immediate stop of the bilateral negotiations between Saeb Erekat and Yitzhak Molcho in Amman. The bitter cold did not stop us from protesting against the return to these fruitless talks. The Palestinian Liberation Organization (PLO) has retreated from its earlier position that they will not return to negotiations, until settlement expansion is halted and all the political prisoners were released; this represents the bare minimum demands of the Palestinian people.

As Palestinians youth, we do not see any benefits from these futile negotiations. We have grown weary of representatives that don’t represent us, a national consensus that does not include us, and an implied future pseudo-state that does not guarantee our rights; specifically the rights of the majority of Palestinians who are refugees and live in exile.

It appears that our message last Saturday fell on deaf ears. The Palestinian leadership is still moving forward with negotiations, despite the Israeli occupation’s expansion of illegal colonies in the West Bank, the continued siege on Gaza, and Israel’s continued practice of the crime of Apartheid against Palestinians.

Nevertheless, we have not been deterred from acting. We demand the Palestinian leadership bears its responsibility in defying all sources of foreign pressure to return to negotiations. Instead of pursuing negotiations at this moment in time, we are in need of a resistance-based strategy. A strategy that begins with the unification of Palestinians and the political, economic, cultural and academic boycott of the apartheid state of Israel. We unequivocally demand that our leadership invests in its people, because when unified, together we can alter the balance of power to our favor.

On Saturday, January 21st at 1 PM we will again protest at the doorsteps of the Presidential Compound (Muqata’a). Join us on Saturday, and let us together stand tall with dignity and full of pride until our demands are met.

Show your support by signing the following petition against negotiations:
http://www.aredaonline.com/petition_against_negotiations

Palestinian tweeps on the ground will be using the hashtag #No2negotiations for live updates.