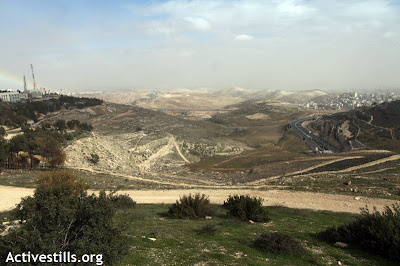 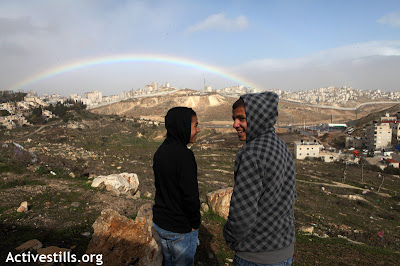 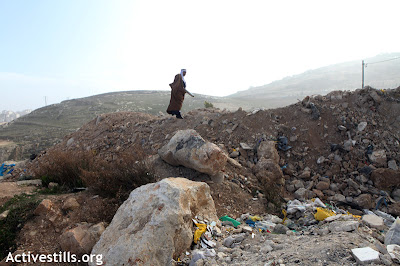 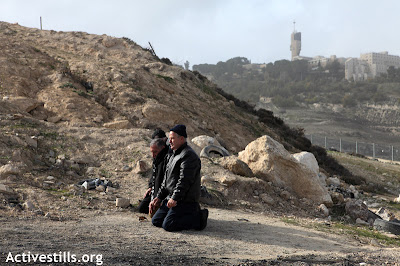 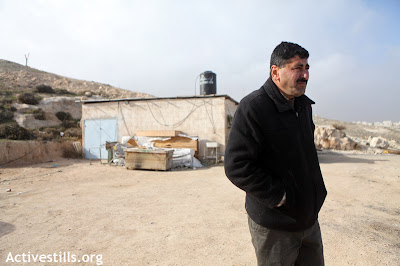 Jerusalem Planning and Building Committee approved the park, to be located on land belonging to the villages of Isawiyah and A-Tur, pending objections that can be submitted until next month.

The Jerusalem municipality and the Israel Nature and Parks Authority have begun work on a planned national park, even though the project still needs final approval. Residents of the Arab village of Isawiyah say the earthworks in East Jerusalem are designed to prevent them from reaching their agricultural land.

Last month, the Jerusalem Planning and Building Committee approved the park, to be located on a slope of Mount Scopus. It would include land belonging to the Arab villages of Isawiyah and A-Tur, pending objections that can be submitted until next month.

The approval has been slammed by left-wing organizations and local people, who say the park's true purpose is to prevent the villages from developing further. They say the area does not include archaeological or natural phenomena that would justify the creation of a national park.

While the local residents and the organizations - including Ir Amim, Solidarity, Emek Shaveh, Bimkom and Rabbis for Human Rights - are preparing a publicity campaign against the park, Jerusalem municipality tractors, trucks and bulldozers have begun work. The residents say the operations aim to block a dirt road leading from the villages to agricultural plots.

The Israel Nature and Parks Authority, whose inspectors are overseeing the job, say the work is nothing more than a sprucing up of the area at the request of the municipality. Still, the site is marked by significant earthworks, including the moving of huge amounts of sand and the blocking of a dirt road.

"I told them that if they want to clean the place up they should have gotten rid of the debris somewhere else, not move it from one place to another," said Darwish Darwish, an Isawiyah resident.

Last week, Bimkom issued a report criticizing the declaration of national parks in East Jerusalem as a way for the government, municipality and Israel Nature and Parks Authority to block Palestinian development and construction. Bimkom says that in some cases there is no justification to declare the areas national parks, and that these declarations dramatically affect the lives of East Jerusalem residents and landowners.

For its part, the Israel Nature and Parks Authority said the work was "enforcing" the municipality's policies against illegal use of the area for dumping construction debris.

The authority said "the plan for a new national park on the slope of Mount Scopus is subject to the usual procedure. For dozens of years now, the area has been defined as an open space that should be preserved."

According to the authority, "the Israel Nature and Parks Authority is not a political body and is only concerned about preserving nature in the areas under its control. The declaration of the area [as a park] safeguards the last segment of the Judean Desert that begins on the Mount Scopus slope, and its importance stems from its view onto the desert, heritage landmarks and desert vegetation."

The Jerusalem municipality said that "the area has been used for some time now as an illegal dumping ground, in a way that damages the residents' quality of life. The action carried out, with the Israel Nature and Parks Authority and the police, has blocked the way for trucks that have dumped illegally."

The municipality said it "carries out such operations in all parts of Jerusalem. The area is of utmost archaeological value and includes sites such as antiquities, caves ... and burial sites from the era of the Second Temple."

Email ThisBlogThis!Share to TwitterShare to FacebookShare to Pinterest
Labels: jerusalem